William Butler Yeats (1865-1939)
W.B. Yeats was perhaps the most famous figure associated with the Irish Literary Revival. He was a poet and dramatist with nationalist sympathies, a co-founder of the Abbey Theatre, and a friend of Lady Gregory’s. Yeats was consumed with interest in the occult and Irish legends, but even more consumed with his love for Maud Gonne. He met her in 1889, and proposed to her over half a dozen times, even after she had already married someone else. For her part, Maud always refused lasting romantic involvement with Yeats, but maintained a close friendship of a manner that fueled his obsessive zeal. In later years, he was a senator for the Irish Free State and a Nobel Prize winner.
Notable Works: The Lake Isle of Innisfree (1890), Cathleen Ní Houlihan (1902), In The Seven Woods (poetry collection, 1903), The Green Helmet and Other Poems (poetry and drama collection, 1910), The Second Coming (1920), The Tower (poetry collection, 1928).

James Joyce (1882-1941)
James Joyce attended Jesuit schools as a young boy, but later rejected the Church. While some scholars debate how permanent this break was, it certainly ran deeply, if not completely. In his twenties, he and his wife moved to Continental Europe, where he would spend the rest of his life. Despite his removal from Ireland, Joyce set his writings in Dublin with vivid detail. His novel, Ulysses, was ranked #1 on the Modern Library’s list of the 100 best English-language novels of the 20th century.
Notable Works: Ulysses (1922), A Portrait Of The Artist As A Young Man (1917), Dubliners (1914), Finnegan’s Wake (1939).

Oscar Wilde (1854-1900)
Novelist, playwright, and poet, Oscar Wilde was the son of Jane Elgee, an Irish nationalist writer (under the pseudonym “Speranza”, an influential writer in the years before the 1848 rebellion). His cultural pride would blossom as he received inquiries about her while lecturing in America. Wilde was flamboyant in dress and manner, and he possessed a razor-sharp wit. Sadly, his wit could not save him when he was convicted of “gross indecency” as a result of a romantic relationship with Lord Alfred Douglas and sent to prison for two years. His time there was a shock from which he did not fully recover. He spent the rest of his life in France, a man with a broken spirit and health. He died of cerebral meningitis, penniless.
Notable Works: The Importance of Being Earnest (1895), The Picture of Dorian Gray (1890), The Soul Of Man Under Socialism (1891).

Lord Alfred Douglas (“Bosie”) (1870-1945)
Son of the Marquess of Queensberry (yes, *that* Marquess of Queensberry), Douglas is most famous for his tempestuous love affair with Oscar Wilde. It was because of this relationship, and his desire to protect Douglas’s reputation, that Wilde went to prison and was ruined.
Douglas was a middling poet and mediocre translator in his own right. He also seemed, from his correspondence with his father and Wilde, and from surviving anecdotes, to have been selfish, narcissistic, and arrogant. It is likely that according to modern criteria, Wilde’s relationship with him would be considered emotionally abusive.
Notable Works: Two Loves (1892), The Autobiography of Lord Alfred Douglas (1929), My Friendship with Oscar Wilde (1932)

George Bernard Shaw (1856-1950)
After some initial difficulty making a living from his writings, George Bernard Shaw became a critic. As a critic, Shaw used his influence to bring to an end the practice of editing Shakespeare’s plays during theatrical productions. In later years, He wrote many successful plays. Pygmalion is perhaps the best known, as it provided the basis for the musical My Fair Lady.
Notable Works: Pygmalion (1913) Don Juan in Hell (1903), John Bull’s Other Island (1904).

Peig Sayers (1873-1958)
Peig Sayers was the daughter of a storyteller, who became a seanachie in her own right. She was born in Dún Caoin, County Kerry, but spent many years living on the Blasket Islands. She is especially famous for her dictated autobiography, Peig.
Notable Works: Peig (1936), Machnamh Seanmhná (1936)

Bram Stoker (1847-1912)
Bram Stoker was born in Dublin, but a mysterious illness left him bedridden until the age of seven.
He began his career as a theater critic, but eventually moved to writing short stories.
Stoker married Oscar Wilde’s former love, Florence Balcombe, in 1878. Afterward, the couple resettled in London.
His best known work was Dracula, an epistolary novel that has remained phenomenally popular for over a century, been published in numerous editions, and had many film adaptations throughout the twentieth and twenty-first centuries.
Notable Works: Dracula (1897)

Brendan Behan(1923-1964)
Brendan Behan was a notable drinker with a serious writing problem. He wrote plays, novels, and poetry in Irish and in English. In his younger years, he joined the IRA and eventually spent time in prison. His prison experiences figured into his writings during the rest of his life.
Notable Works: The Quare Fellow (1954), An Giall (1957)

A novelist and playwright, Beckett is well known for his absurdist and tragicomic works.  During WWII, he worked as a courier with the French Resistance.  Even though he received honors from the French government, he always downplayed the significance of his role.  He felt he would always be overshadowed by Joyce if he continued to write in a similar style, and so he took his works in a totally different direction. 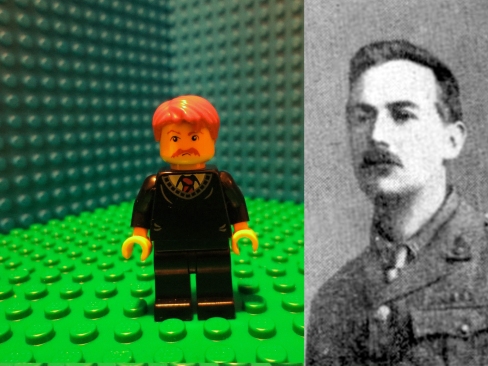 Edward Plunkett, Lord Dunsany  (1878-1957)
Plunkett was a pioneer in fantasy writing, and he was an important influence on H.P. Lovecraft, J.R.R. Tolkien, Arthur C. Clark, and Neil Gaiman.  His family contains many notable figures, and he was good friends with W.B. Yeats and Lady Gregory.  He fought in the Boer War and in WWI, as well as in the 1916 Easter Rising.
Notable Works: The Gods of Pegāna (1905), The King of Elfland’s Daughter (1924)

C.J. Kickham (1828-1882)
Born to a family of upper-middle class blacksmiths in Tipperary, Charles James Kickham was disabled at the age of 13 when an explosion damaged his sight and hearing. He was deeply affected by witnessing the Famine and became a Club organizer for the Young Ireland movement. He made pikes for the 1848 rising, and rang the chapel bell to summon the local men to arms. After the rising, he began writing for The Nation and became involved with the Irish Republican Brotherhood, which got him arrested and sentenced to penal servitude. While in prison, he began writing novels. When he returned to Ireland, he kept writing and went on to become Chairman of the supreme Council of the Irish Republican Brotherhood.
Notable Works: Knocknagow, or, The Homes Of Tipperary (1879); Sally Cavanagh, or, The Untenanted Graves (1869); For The Old Land (1886)

Lady Jane Elgee Wilde (1821-1896)
Revolutionary writer and poet, Jane Wilde advocated for women’s rights as well as Irish nationalism and is perhaps best known for her works published in The Nation and The National Review under the pseudonym “Speranza”. Her writing was very influential leading up to the 1848 rising and for decades afterward.
She was even more of an influence on her son, Oscar, and the two maintained a close and loving relationship all her life. She had her own flamboyant style and was noted in her later years to favor a scarlet dress.
Notable Works: Jacta Alea Est (1848), To Ireland (1868), The Famine Year (1847).

Jonathan Swift (1667-1745)
Jonathan Swift was one of the most adept satirists in the English language. He was well-educated and a well-respected Protestant clergyman. Swift had the distinction of being Dean of St. Patrick’s Cathedral. Despite his association with the Protestant Ascendancy, Swift advocated for the poor, Catholic Irishmen held in such disdain by others of his class. Notable Works: Gulliver’s Travels (1726), A Modest Proposal (1729), A Tale Of A Tub (1704).

Lady Isabella Augusta Gregory (1852-1932)
Lady Gregory was a writer of prose and drama, and a friend of William Butler Yeats. She was a driving force behind the Gaelic Revival, collecting folk tales, co-founding the Abbey Theatre, and even organizing Irish language lessons.
Notable Works: Cuchulain of Muirthemne (1902), Celtic Myths and Legends, Spreading the News (1904).

Seamus Heaney (1939-2013)
Nobel Prize winning poet, playwright, and translator Seamus Heaney used his works to highlight life and strife in Northern society. He is widely regarded as one of the most important modern Irish poets.
His endeavors were not limited to Northern or even Pan-Irish culture, and his superlative translation of Beowulf garnered critical acclaim.
Notable Works: Opened Ground: Poems 1966-1996 (1998); Beowulf: A New Translation (1999); The Burial at Thebes (2004)

Seán O’Casey (1880-1964)
Seán O’Casey was a playwright, Irish nationalist, and socialist. He participated for a time in the Irish Citizen Army, but eventually left over a dispute. He spent his life writing privately to advance the cause of feminism in Ireland and publicly to address the class issues which so affected him from his youth in inner city Dublin.
Notable Works: The Shadow of a Gunman (1923), Juno and the Paycock (1924), The Plough and the Stars (1926).

John Millington Synge (1871-1909)
J.M. Synge was one of the co-founders of the Abbey Theatre. His collections of Irish folklore and documentation of the peculiarities of peasant language and habits provided important fuel for the Gaelic revival. Suffering from a terminal illness, he would spend his summers on the Aran Islands, Gaelic-speaking cultural strongholds situated in Galway Bay. Synge received criticism that the dialect he developed for dialogue in his writings was very artificial, while Synge defended his artistic choices by saying the dialect was a composite based on his research. Friends and family alike characterized him as strange and enigmatic, while at least one friend attributed his “passion” and “brutality” to his illness and facing his mortality.
Notable Works: The Playboy of the Western World (1907), Riders to the Sea (1904), Deirdre of the Sorrows (1910).

Violet Martin (1862-1915) and Edith Somerville (1858-1949)
These cousins were members of the crumbling Ascendancy, and this features in their works. They wrote together (Violet under the pseudonym “Martin Ross”), sometimes affirming that every sentence was the result of collaboration (Although Edith did continue writing after Violet’s death). Their characters are based on real people known to them, often family members.
Notable Works: The Real Charlotte (1894), and Some Experiences of an Irish R. M. (1908) 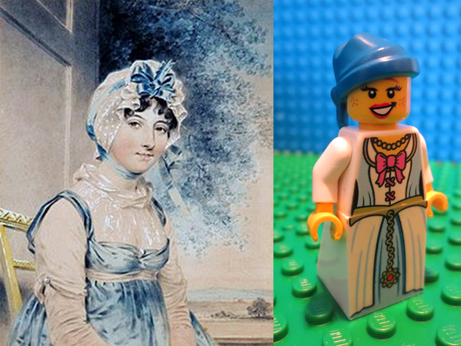 Maria Edgeworth (1768-1849)
A progressive-minded feminist, Edgeworth incorporated her complex political ideas into her novels She supported Catholic Emancipation while also supporting the Act of Union; she desired universal, mixed-sex education for boys and girls; and she thought women had a vested interest in politics.
Notable Works: Castle Rackrent (1800), Harrington (1817)

William Carleton (1794-1869)
Born to Irish-speaking Catholic parents, Carleton broke with the Catholic Church in his late teens during a pilgrimage to St. Patrick’s Purgatory. Carleton had an abiding hatred of the secret societies such as the Ribbonmen, and this figures often in his works. He wrote much and realistically of Irish country life.
Notable Works: The Black Prophet, a Tale of Irish Famine (1846), The Emigrants of Ahadarra (1847), The Tithe Proctor (1849)

John (1798-1842) and Michael Banim (1796-1874)
The Banim brothers wrote collaboratively until John’s death (Michael continued to write afterward). John suffered from ill-health all his life. They liked to show Irish life through their works.
Notable Works: The Bit o’ Writin (1838), Father Connell (1842), The Town of the Cascades (Michael, 1864)

LEGO® is a trademark of the LEGO Group, which is not affiliated in any way with this web site. Visit the official LEGO website at http://www.LEGO.com.