Hardboiled private detective Acey Spades is on the case in this film-noir mystery involving adultery, gangsters, drug running, and murder!

“Broken Dreams” is the title of a poem by W.B. Yeats. It is also a play on “Boulevard of Broken Dreams,” a painting derivative of Edward Hopper’s “Nighthawks.” 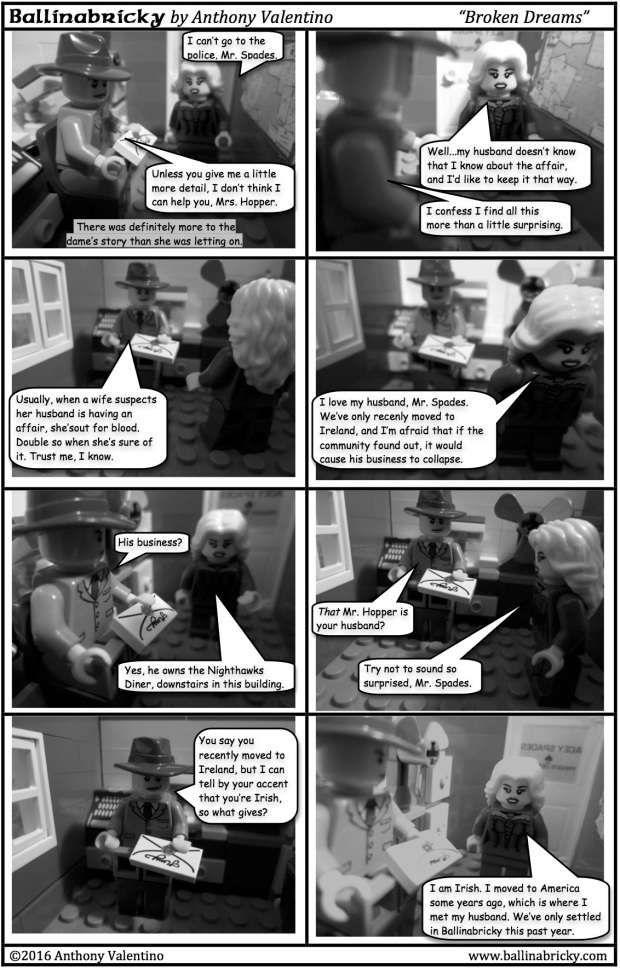 Some openers are just classics. 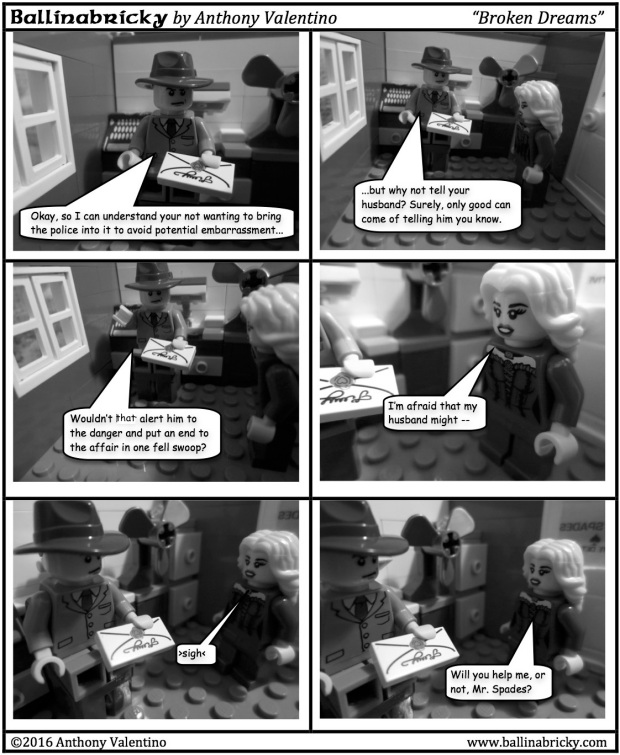 I wonder what this “dark past” entailed. How did Aisling fit into it? Was she his savior, or something else?

Voice-over narration is a classic trope of film noir and hardboiled mysteries. 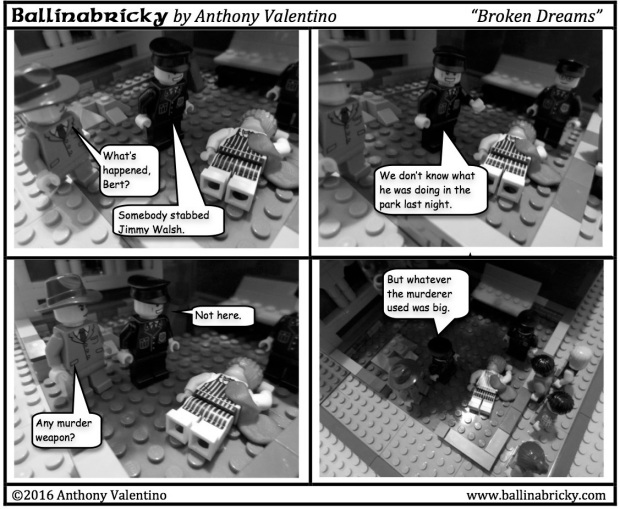 I’ve heard of poisoning pigeons in the park, but this looks like a step too far!

Yes, Jimmy is –er– was the grandson of the old Volunteer Walsh that we met back in The Dead.

Looks like that butcher knife has become a Sword of Damocles. (Something tells me Washington Hopper isn’t going to want to turn his situation into a musical number, though).

Washington Hopper’s name is an amalgam of two names. “Washington” is from the Miss Washington Diner in New Britain, CT (one of my favorites), and “Hopper” comes from Edward Hopper, the painter of “Nighthawks,” on which his restaurant is based. 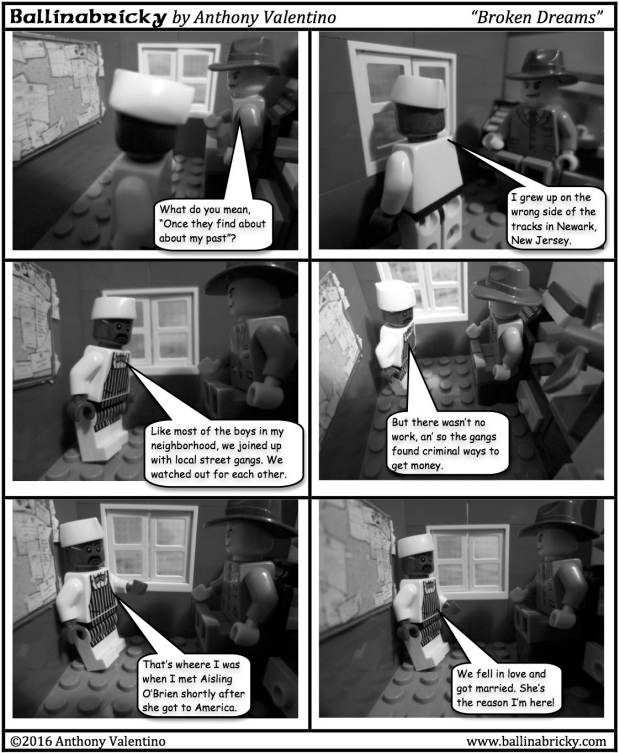 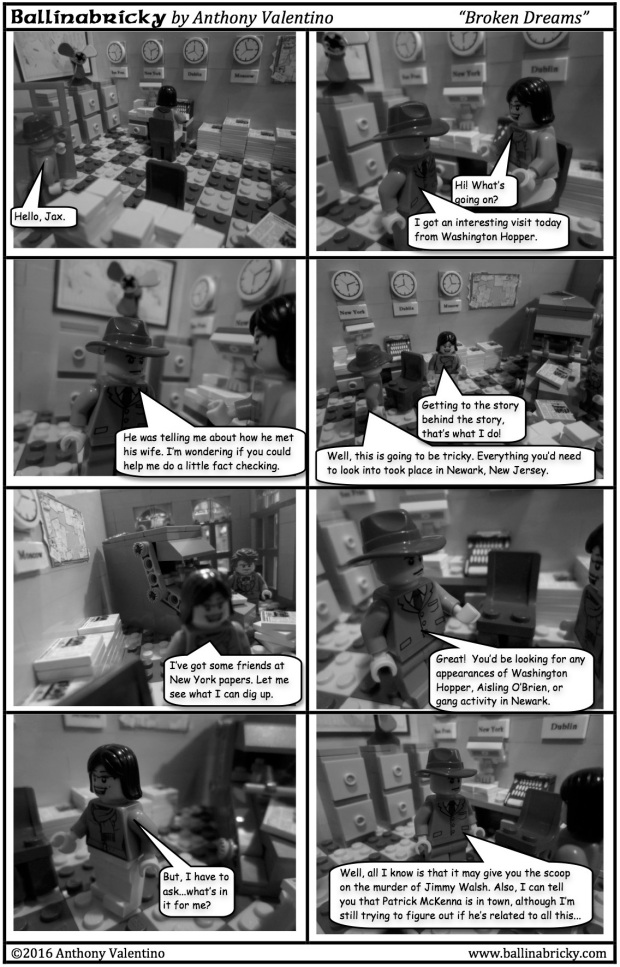 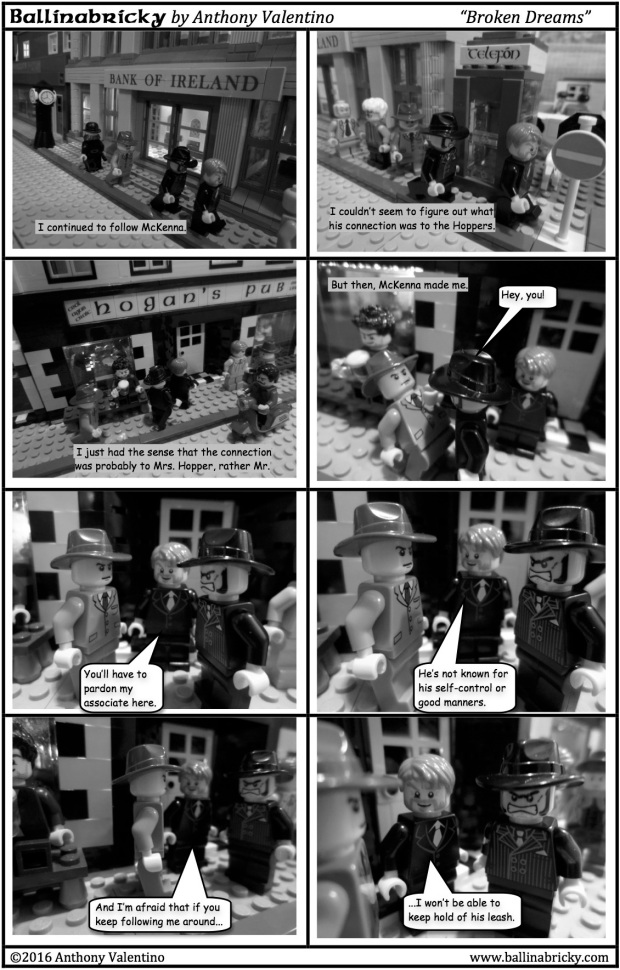 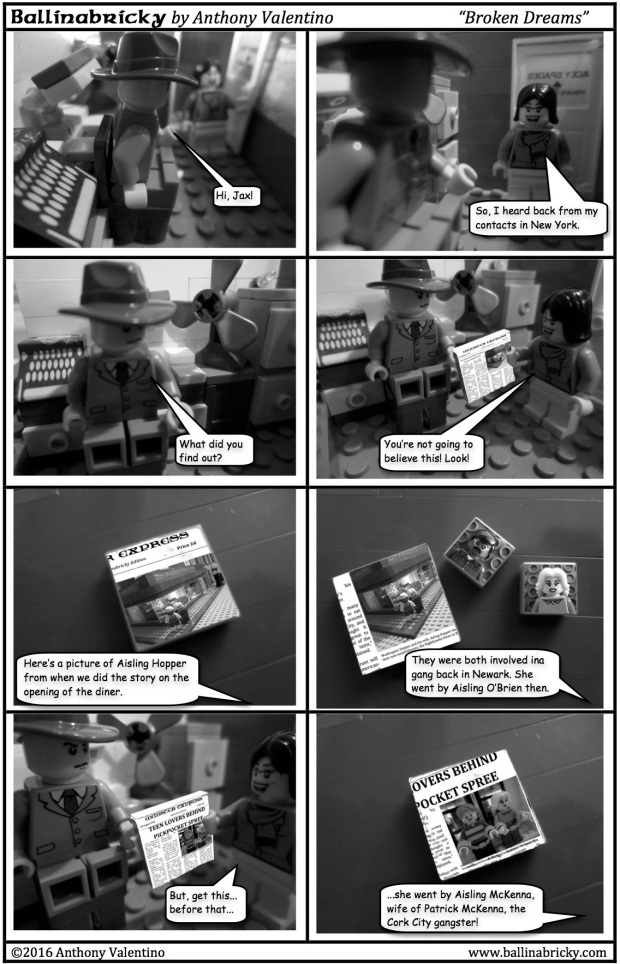 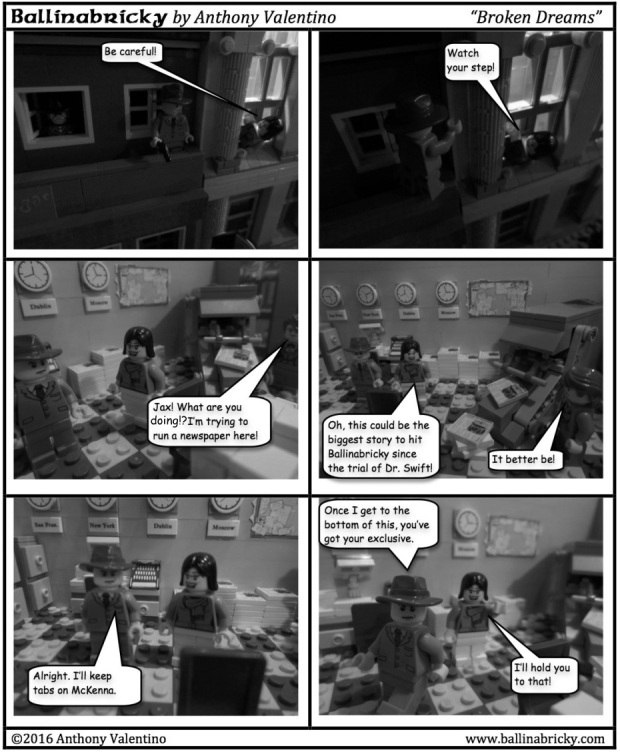 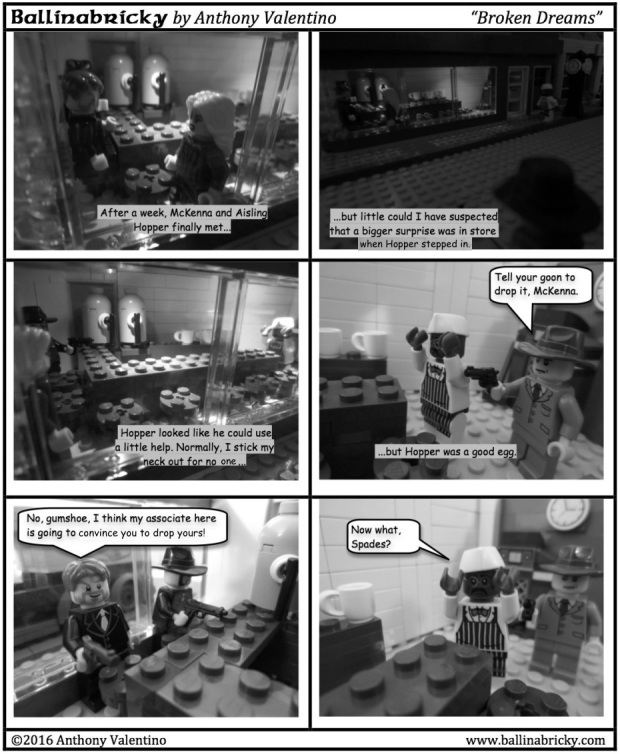 Spades’ line (“I stick my neck out for no one”)  is drawn from Rick’s in Casablanca. 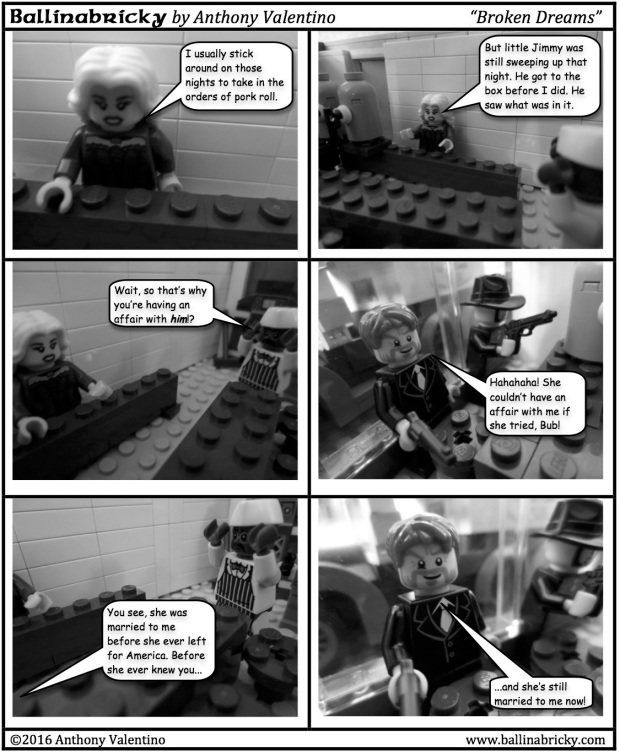 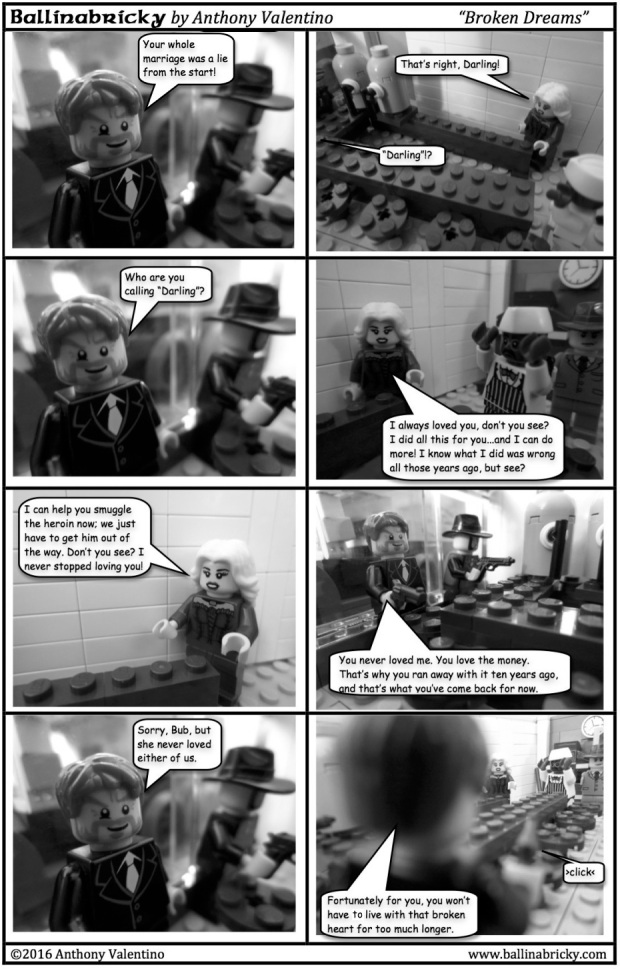 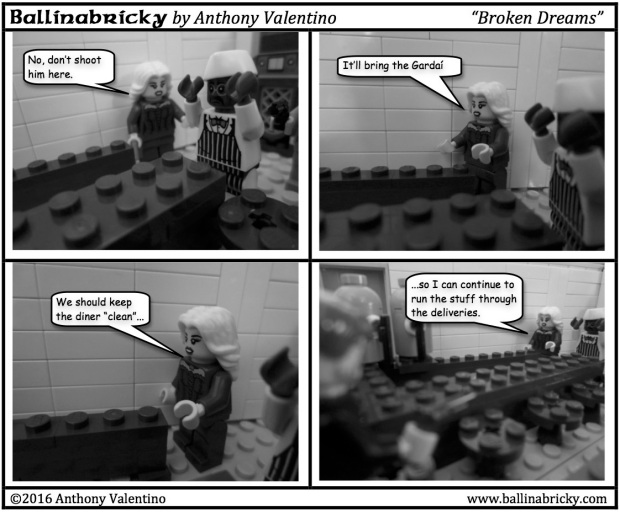 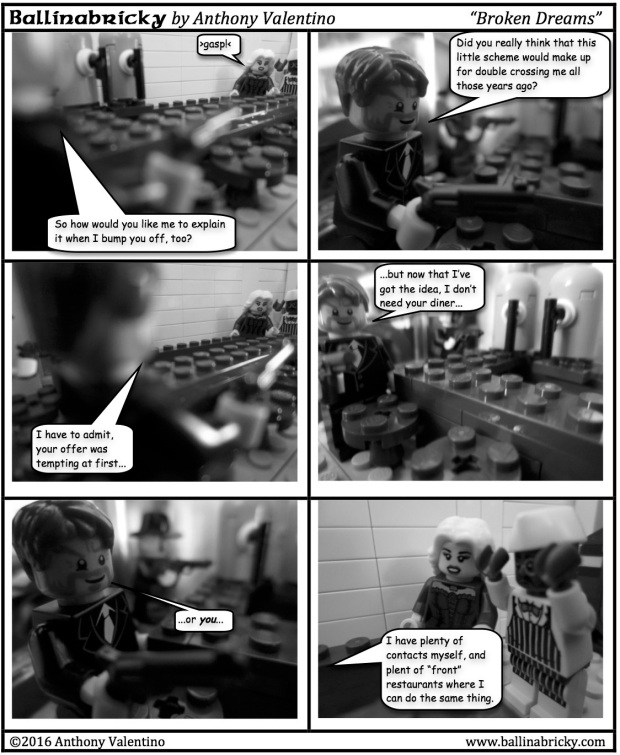 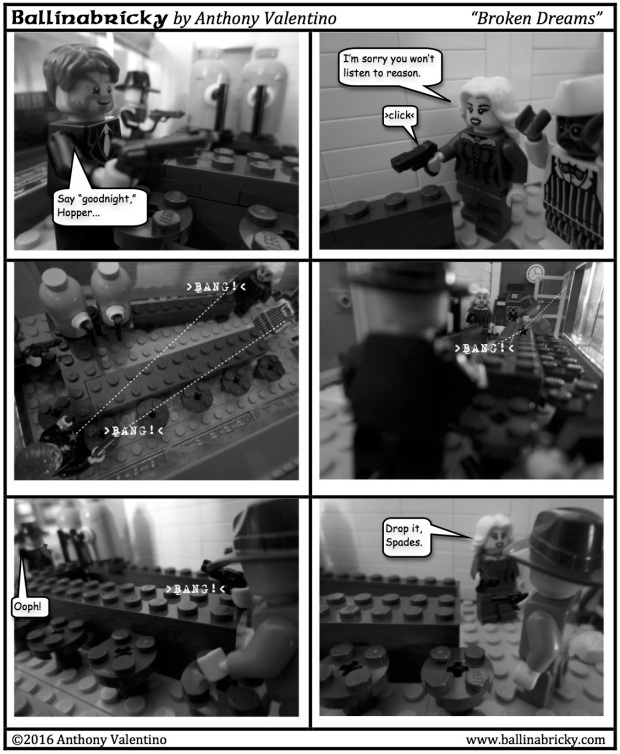